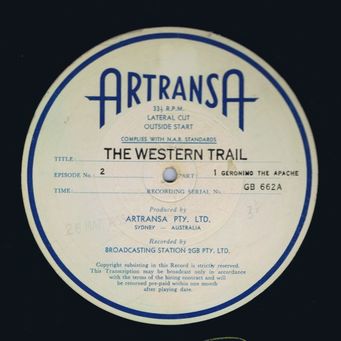 The job of a lumberjack to clear a path through a forest for the railway offers a good safe cover to an outlaw on the run. A report comes through to some local forest rangers that such an outlaw bandit is heading in their direction.


WESTERN TRAIL, the ep11 BELLE STARR - QUEEN OF THE BANDITS

After Belle Starr's bandit father is hanged for killing a man, she herself turns bandit and teams up with a half-caste Indian. Together they menace the West

With his cattle herd, Bowie Thomas sets out for Colorado and a strip of land he has purchased. When he arrives there, he finds that ranchers rely on their natural springs to water their cattle. He also finds that all the springs have been fenced off Lou Bristol

Matt Murdoch a big ranger tried to force Joel Kirby off his land so that his cattle could move to the hills for the mid-winter months, but Kirby was stubborn and refused to take down his fences. Murdoch then hired gunmen to persuade Kirby to leave and the feud between the two men almost led to a ranch owners war

Danny Trevor and his father set up a general store in the growing town of Sweetwater. Business is good and Danny decides to leave his father and see a bit of the country. After wandering for years, he returns to find his father in ill-health and owing money to the bank.

The big cattle trails are the lifeline of Texas for they present a means of transportation for the ranchers of the West and of all the men who have ever pushed a herd along these trails, the most loved and hated, the most gentle and murderous was Big Jim Condor


WESTERN TRAIL, the ep25 THE GAMBLER AND HIS GUN


WESTERN TRAIL, the ep26 THE LAWMAN


WESTERN TRAIL, the ep27 MAN WITH A HUNGER

Every day in Provo, Utah there was a crop of robberies, shootings and murders and they just didn't seem to stop. A handful of law-abiding citizens banded together to sack the sheriff and judge of Provo and bring in strangers to clean up the town.

Ben and His Thompson, born in England, had the reputation of being two of the most dangerous killers in the West. Ben Thompson didn't carry an ordinary gun like everybody else. His weapon was a Maxim machine gun which had many killings to its credit

In 1987, the sheriff of Canyon City, Ace La rue, had the reputation of being the fastest draw in all the West. He had twelve dead gunmen to his credit and so big did his reputation grow that the people of Canyon City laid bets as to who would survive the gunfights that the sheriff was regularly in.

When General Custer's troops are wiped out by the Sioux Indians who are on the warpath after being forced off their reservation in a remote part of Wyoming badlands are in grave danger. They recieve amessgae telling them to leave their outpost immediately but circumstances prevent them doing so.

In 1835 Samuel Colt patented the Patterson 5 shot revolver, the first gun ever invented that fired more than one shot at a time. He had to struggle to sell the invention which was later to become famous throughout the West

Captain John Sudders, a Swiss migrant, drifted into Mexico in 1839 to settle there. Granted land he set out to farm it, and, by accident discovered gold. The attempts of this man to quell the gold fever he knew would arise, makes resting listening.

Wyatt Earp was one of the toughest sherrifs to come out of Texas. He brought law and orderto the trail towns of the West and particularly to the toughest of Sisco

This is an episode of Goldy Croft, alias Cherokee Bill. Cherokee, born in 1886, lived for many years with the Indians, but later saved a boy from a lynching party for a crime he had committed himself


WESTERN TRAIL, the ep51 DEATH IN THE DESERT

When a new territory is on the way to be tamed, man sees humanity at its worst and it is often that the land becomes tamed before the tamer. Such is the case of the Black Desert and Cedar City 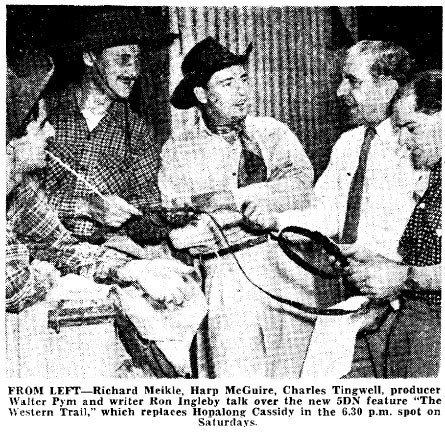