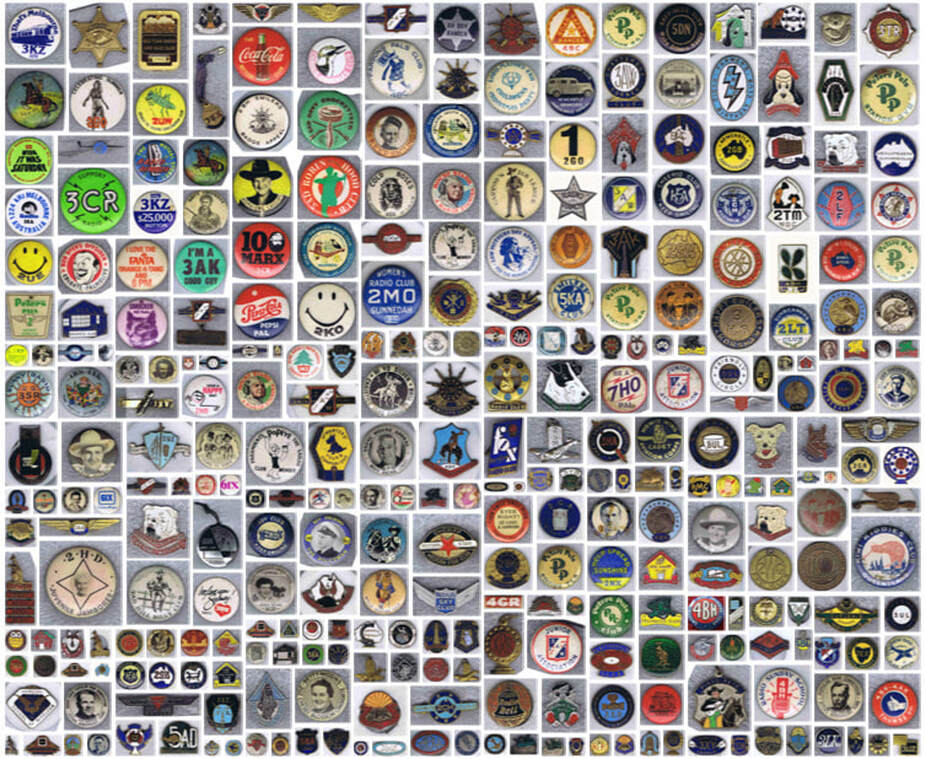 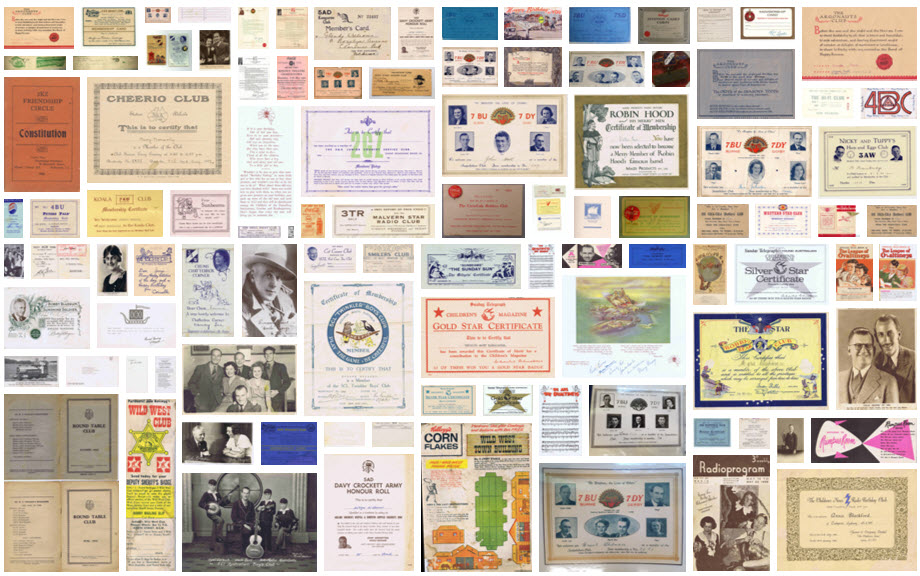 This is going to be a huge section of the site and will be a continual work in progress.

I am a fan of the Australian Radio Clubs and the badges and memorabilia that went with them.  Particularly the Badges and membership certificates.

What were the radio clubs?

The most famous Australian Radio Clubs would be the Argonauts Club and Smoky Dawson's Wild West Club.  Radio clubs started in the 1920's and you will see examples of the badges as well as information on the clubs themselves.  I am working on a book documenting the clubs, their aims and membership details where known.  Virtually every radio station had a number of different clubs and I will do my best to bring you examples.

As with any other section of the website, it would be appreciated if you could pass on any information you have that may assist me in documenting the clubs.  Were you a member?  What do you remember about the club and how the club organised itself?

Not all badges are the same.  When they were re ordered from the manufacturers you can often see considerable differences in the badges over the years.  The 3DB Smile Away badge is a good example.  The shape of the Gulf of Carpentaria changes as does the placing of the flashes coming out from the microphone.  Sometimes size differs and the 4BK-AK Ranch badge is a good example of a more home-made badge.  When I found my first hand painted Ranch badge I was sure it was home-made by a fan of the show, but then I found a 2nd and 3rd one and Jamie Kelly also has one.  So they must have been made by someone associated with the stations or show.

I will make the time to photograph my badges and include them here in slideshows with captions for each badge.  Probably divided into states in order to keep the slideshow manageable.

I will also choose a club to highlight on a regular basis, such as I have done with the Howie Wing club and I am currently working on an update for Howie Wing.  I have supplied the ABC with images of my Argonauts memorabilia in the past and several books have been written on that club, but it does deserve an article as it was the longest running club and many members are still with us.

But there were hundreds of clubs which raised funds for war effort or charity and they deserve to be given a voice here and it shall be done.  I have over 350 Radio Club Badges in my collection and I have also been collecting other memorabilia and documentation to go with them.  I have also been collecting information from the radio magazines which usually included weekly news updates on some radio clubs.  If you look in the resources section of this site, you will see the listing of radio magazines, newspapers and books.  These are being scanned and organised and will form the basis of a book on the Australian Radio Clubs to document the clubs, their functions, membership etc, along with pictures of the badges and membership certificates from my collection.

I have been collecting information about the clubs and there is no way they will fit into any book I can afford to publish, so the extra information will be supplied on this website.  It seems that every couple of days I discover more information, badges I hadn't seen before as well as clubs I hadn't heard about before.

I have long been concerned with the lack of representation of Western Australian clubs in my collection and subsequently in the book, however that has been changing of late and I have been collecting new information as well as several badges thanks to some West Australians who want the information documented.

I am still looking for several badges in particular.

The Kellogg's Smoky Dawson Wild West Club as depicted in the slideshow above.,

The Argonauts Golden Fleece Badge and Dragons Tooth badge also as depicted in the ad in the slideshow above.