ON THIS DAY - JANUARY 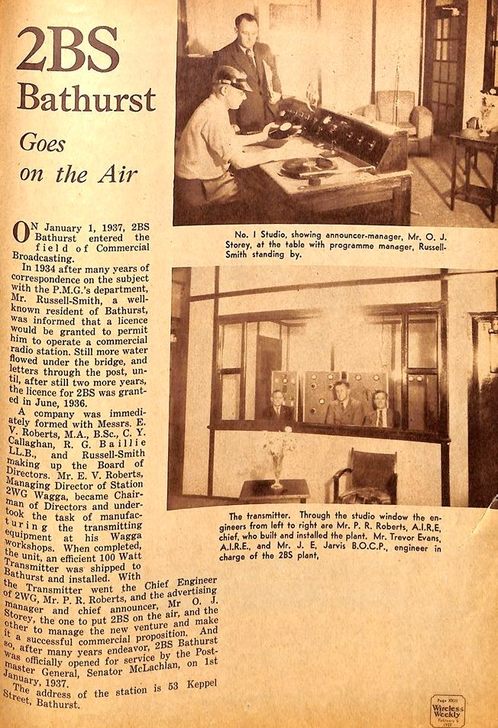 2BS Bathurst 1937.  Launched after first planning to commence as 2BX.  The studio equipment was designed, built, and installed by 2WG.  Their 200 watt transmitter was built by Cecil Stevenson from 2UE.  The studio, transmitter, record library, and office were all in one room.  Owner Eddie Williams and his family lived in the second room (Eddie was previously a 2LT announcer).

SBS  1978:  The Special Broadcasting Service (SBS) was formed to take over 2EA and 3EA (Ethnic Australia). 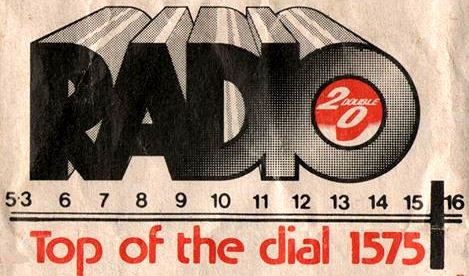 SBS  1978:  The Special Broadcasting Service (SBS) was formed to take over 2EA and 3EA (Ethnic Australia). 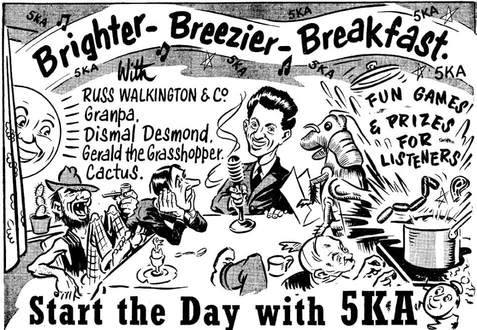 5KA  Adelaide  1982:  They changed their on-air callsign to 12K with a short-lived country format. 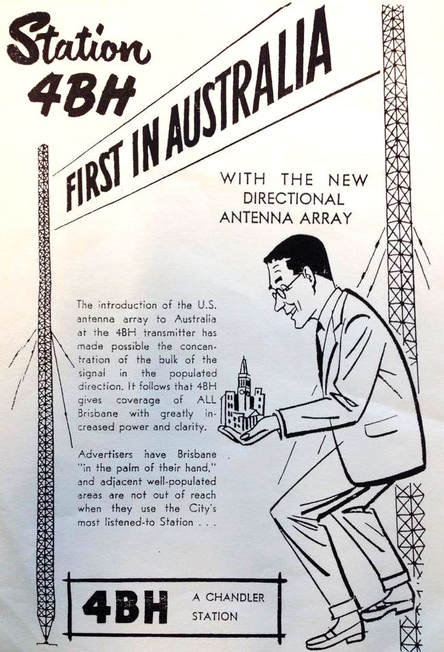 4BH  Brisbane  1932.  Launched by Grice’s Music Store with a 200 watt transmitter at Bald Hills.  Sold to 4BC in 1933 as a “Chandler Station”, with a 1,000 watt transmitter built by Len Schultz from 2LO and 2GB.  Announcer Bob Rogers (now 2CH) banned the Elvis Presley hit “Heartbreak Hotel” in 1956.  First Australian station to use a directional antenna (installed by A.W.A. in 1957).  Their slogan was “4BH for Brighter Hours”.    Their towers collapsed in 2002 due to teenagers cutting their guy wires.  They stated in court that they didn’t like the music.  They were sentenced to 200 hours community service. 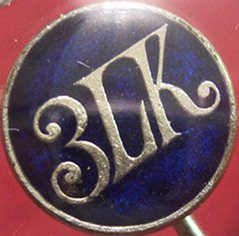 3LK  Lubeck  1937.  Launched by Prime Minister The Rt. Hon. Joe Lyons on relay from 7LA via 3DB.  Mainly a relay station for 3DB.  Their five ton flywheel power generator was to power Lubeck’s street lights, but not enough power was generated.  Their transmitter used 10 gallons of distilled water hourly to cool its’ valves.  There was one turntable at the transmitter in case of landline failures.  Often heard in New Zealand.  Local news items were sent to 3DB by Morse code.

1939:  Letter to the Editor “I wish to protest about the mediocre programmes on 3WV.  This includes horrible imitation swing music and other much less than average programmes”.

1932:  Letter to the Editor “Most of the music one hears on 2BL and 2FC resembles two cats snarling at each other in a kerosene tin. It is remarkable that receivers do not break into pieces when some of that classical rot comes on”.

1931  3WR  Wangaratta:  Reopened after being closed for six years. 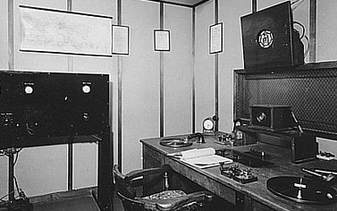 5PI  Port Pirie  1932.  Launched as the first rural commercial station in South Australia.  Started with a 5AD built, 20 watt transmitter, on air from 1900-2200.  A 50 watt transmitter was installed at Crystal Brook in 1934 (later 2,000 watts - then the most powerful commercial transmitter in Australia).  Known on air as “5PI - Crystal Brook”.  Eventually became a relay of 5AD.  Communicated with 5AD via Morse code.  Later changed their callsign to 5CS. 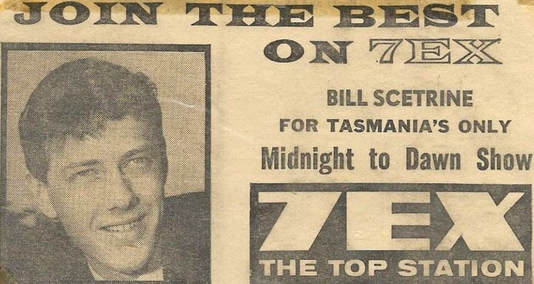 
7EX  Launceston  1993:  All their staff were sacked when they switched to relaying 7TAB from Hobart. 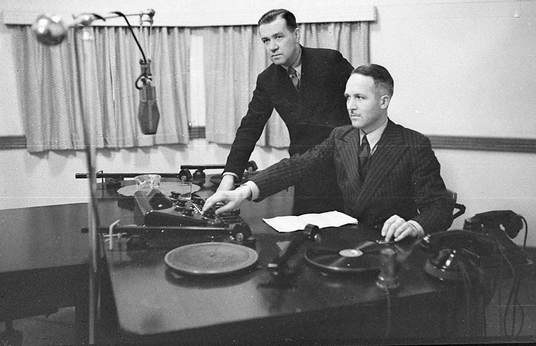 2GZ  Orange  1951:  Their transmitter was saved from fire by their technician who broke into the program feed at their transmitter to broadcast an urgent appeal for firefighters.  Photo is their 1937 studio 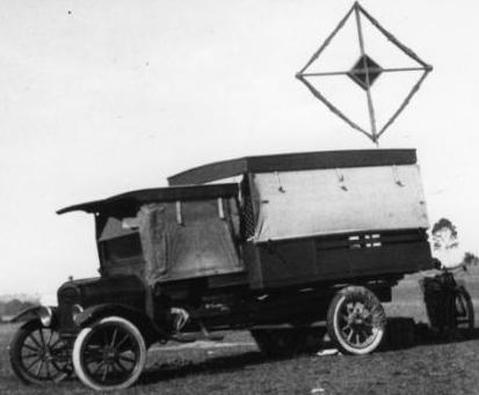 2FC  Sydney  1924.  Owned by Farmers and Co. Ltd who wrongly believed that they would cover all N.S.W.  The station was installed on their roof.  Originally planned to operate as 2LO.  (Farmer and Co. Ltd. was also issued with licence number six [341 KHz. 500 watts] as 2FL which never went to air).  Testing from 15-11-1923 using 500 watts was carried out with a receiver on top of the Carrington Hotel in Katoomba.  Opened on longwave (273 KHz.) with a 5,000 watt transmitter at Willoughby, with two towers 200 feet tall and 600 feet apart, installed by A.W.A.  The transmitter hut included a bedroom for the technician.  Their official opening broadcast on 10-1-1924 featured Gladys Moncrieff live from Her Majesty’s Theatre.  The studio walls were stuffed with seaweed for sound-proofing.  Photo is a car equipped with a receiver for testing their reception. 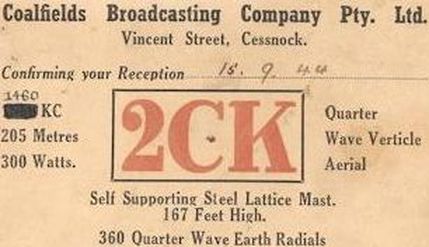 2CK  Cessnock  1939.  Launched by Coalfields Broadcasting Co. Ltd., with studios in Vincent Street and a 170 feet high active tower at Neath.  Originally licensed as 2CZ, but changed before opening.  Known as “The Voice of the Coalfields”.   Opened at 0530 to advise miners which coal pits to report to each day.  Prior to 2CK, this service was provided by a town crier in each town.  Their third studio fire, caused by a heater left on after the evening announcer left, closed the station, with everything being destroyed.  The licence was then bought by 2HR, with the transmitter and tower being moved to Muswellbrook as 2NM on 14-1-1954. 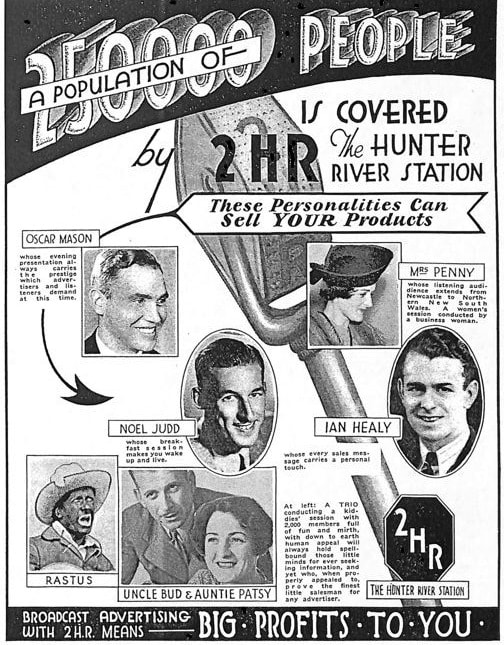 2HR  Lochinvar  1939:  The station was moved from Lochinvar to Maitland (the 2HR licence was originally issued as 2SI in Singleton but was transferred to Lochinvar before opening).

1950:  A Letter to the Editor in the Launceston Examiner stated “I have long ago written off 7NT as a total loss.  When this station was built, we were led to believe that we should have decent reception in return for the licence fee paid to the A.B.C.  Actually, it sounds as though broadcasting is being done from an express train travelling at 60 miles per hour into an 80 M.P.H. hurricane”.

4MK  Mackay  1931.  Launched by John H. Williams (VK4JH) with the studio, record library, and a 50 watt transmitter in his house.  On air two hours each night.  First licensed as 4JH in 1929.  Operated at a loss for the first four years.  Records played were borrowed from listeners.  Appointed local agents for Qantas, meeting four planes each week.  The Daily Mercury bought a half share in 1937, increasing hours to three each night.  Acted as the emergency communications centre in 1938 during an air and sea search for a missing launch. 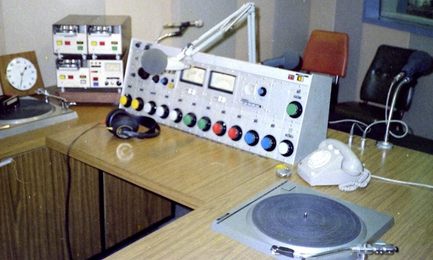 2VM  Moree  1957.  Launched as “The Voice of Moree” by the Higginbotham family from 2TM, and the Moree Champion newspaper.  First regional station to be granted a supplementary F.M. licence.  Photo is their 1986 studio. 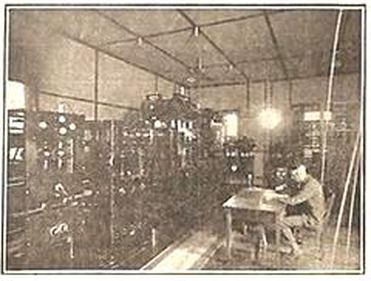 5CL  Adelaide  1930:  Their programming was taken over by the privately owned Australian Broadcasting Company with 60 minutes of advertising daily.  Photo is their 1926 technical room. 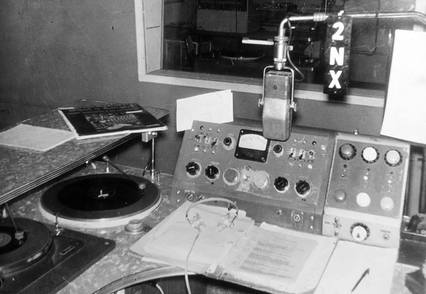 2NX  Maitland  1954.  First licensed as 2SI Singleton, then 2HR Lochinvar (30-8-1937).  During the 1950s/1970s, while owned by Catholic Broadcasting, they relayed evening programs to 2NM, on air as 2NXNM.  Moved to the Newcastle Herald building in Newcastle in 1955 after severe flooding ruined their Maitland studios.  Prior to the unsuccessful April 1967 referendum, 2NX campaigned against the Hunter and Northern N.S.W. becoming a separate State.  Photo is their 1965 studio. 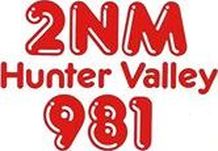 2NM  Muswellbrook  1954.  First on air as 2CK Cessnock on 9-1-39.  Officially opened by Ray Allsop from 2YG and 2BL, representing the Australian Broadcasting Control Board.  All present were given a full tour and explanation as to how a radio station operates.  Opened on the same day as its sister station 2NX, and on air live one hour per day from a 2NX Maitland studio.  Gordon McBrien was their first announcer.  All other programs were a relay of 2NX until the Muswellbrook studios were built in August 1955.

9AO  Jesselton (Sabah)  1946.  Australian Army station using a 10 watt transmitter on 980 KHz.  One of several mobile radio stations built into a three ton truck.  The Officer in Charge and chief announcer was Fred Edwards from 6WF, assisted by Al Scown (who later worked at 3MA, 3BO, and 2AY). 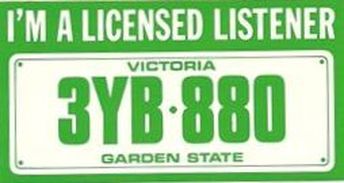 3YB  Warrnambool  1936.  First started as a mobile station in two model T Fords then a train in 1931.  Their 27-12-1935 opening was stopped when their 50 watt transmitter failed.  Used most of the 3YB mobile station equipment.  On air 1200-1400, and 1800-2200, four days a week.  Known as “Your City of Warrnambool Station”.  Reduced on-air hours in 1940 due to loss of staff to WWII.  The Army supplied a bottle of acid and a hatchet to destroy the transmitter if Australia was invaded.  Their sports announcers’ binoculars were taken for the war effort.  Destroyed by fire on 16-4-1945.  Reopened with a borrowed amateur transmitter. 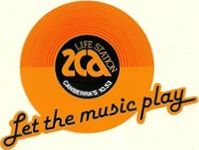 2CA  CANBERRA  1937.  Put off the air when lightning destroyed their tower. 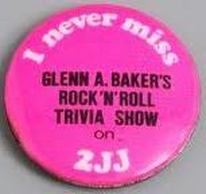 2JJ  Sydney  1975.  A.B.C.  Broadcasting experimental youth programming, known as “Rock without the Roll“.  Their first record, “You only like me coz I’m good in bed”, had already been banned by the Licensing authorities.  A.B.C. management accused the station of broadcasting ‘offensively obnoxious items’.  A launch party for an AC/DC album was closed by the police when it got out of hand.  Closed by the staff in July 1975 to protest about poor coverage on 2,000 watts.  Reopened with 10,000 watts.

4QY  Cairns  1950.  A.B.C., relaying 4QG with some local programs from 4-10-1952 with two staff.  Reporter David Houson and sport editor Dick Chant both were at the station from 1973 to 2000, with Dick being awarded an Order of Australia medal for broadcasting.

2CN  Canberra  1953.  A.B.C.  Canberra National.  Started with a studio at their Gungahlin transmitter site.  Moved into Canberra in 1957, and then to their combined Northbourne Avenue radio and television building in 1964. 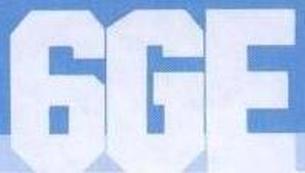 6GE  Geraldton  1955:  Broadcast live from their transmitter hut due to a studio power failure.  The announcer sat above the control panel as snakes slid across the floor. 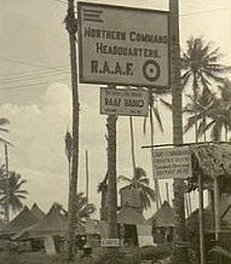 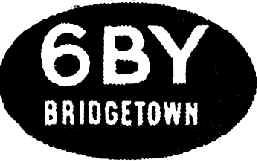 2GN  Goulburn  1932.  Originally on air at Moss Vale.  Their pre-fab building, equipment, and licence were moved to Goulburn.  Their official opening with 50 watts was broadcast by 2SM. Their first technician, William Cavanaugh from 2WC used a station bicycle daily to ride to the transmitter to turn it on and off.  The transmitter and tower were wired with explosives in WWII in case the Japanese attacked. 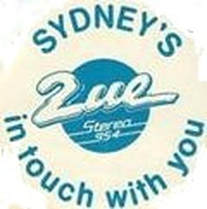 2UE  Sydney  1925.  Despite popular belief, they did not start as 2EU although owned by Electrical Utilities with Cecil ‘Pa’ Stevenson (the ‘father’ of commercial radio), from 2ZH, 2IY and 2SB/2BL.  He was later a big advocate of F.M.  The studios and equipment cost £750 to build, and £9 per week to operate.  On air 2000-2200 using 150 watts.  Advertisements cost 1/-.  The 80 feet high towers were in his Maroubra back yard, the transmitter was on his verandah, and his dining room was his studio with all home-made equipment.  Cecil whistled while changing records to let listeners know that he was still on air.  Often heard in the U.S.A. and New Zealand.  First current commercial licence in Australia.  Newspapers didn’t mention their existence for one year. 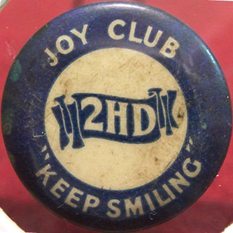 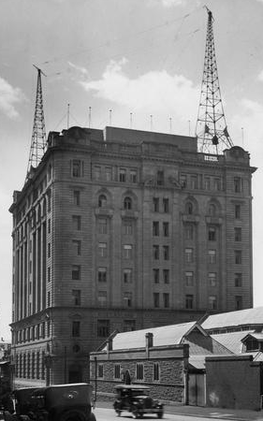 4QG  Brisbane  1930:  Their programming was taken over by the privately owned Australian Broadcasting Company with 60 minutes of advertising daily.  Photo is their antenna system.

1927:  Letter to the Editor “I strongly object to the broadcast of advertisements for batteries, piano players, and tea etc. on 3LO and 3AR.  I think it is a downright insult to my intelligence”.