By 1938 the Radio Networks in Australia were working successfully. 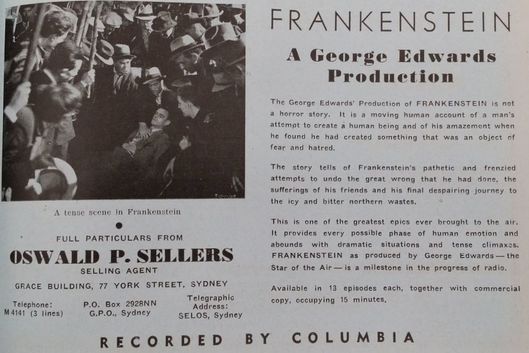 Broadcasting Business - November 1938
George Edwards Productions started recording to Transcription Disc in 1935. Before that, all their shows were live.  Some of these later serials made their way to the U.S. where they were broadcast and in this case, even ended up being sold for retail in 1979.

The Frankenstein serial was the first full George Edwards serial that I heard and that is why I have included it here.  Also, I have been trying to stop American collectors from dating the series as 1932 instead of 1938, for several decades.


I don't have a cast list for Frankenstein but in true George Edwards style in these years, he did play multiple roles.

Frankenstein was in 13 parts and I include part 1 here for you to enjoy. 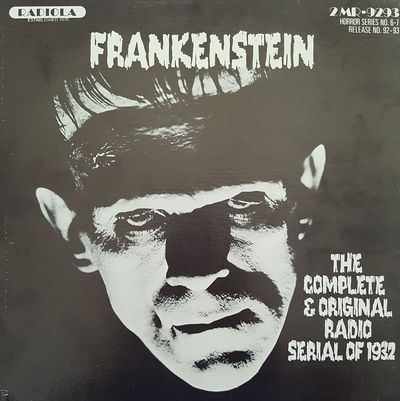 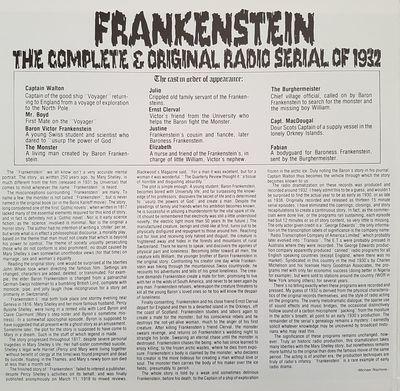 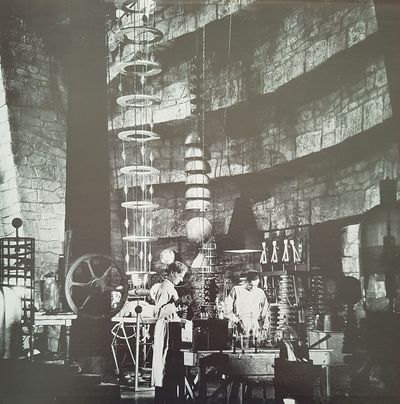 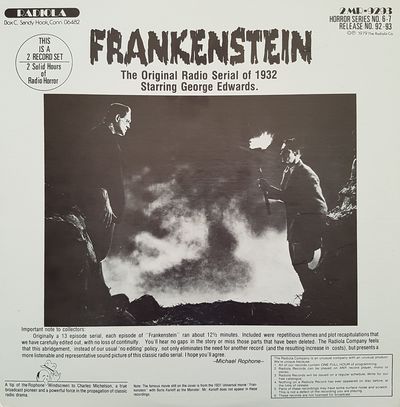