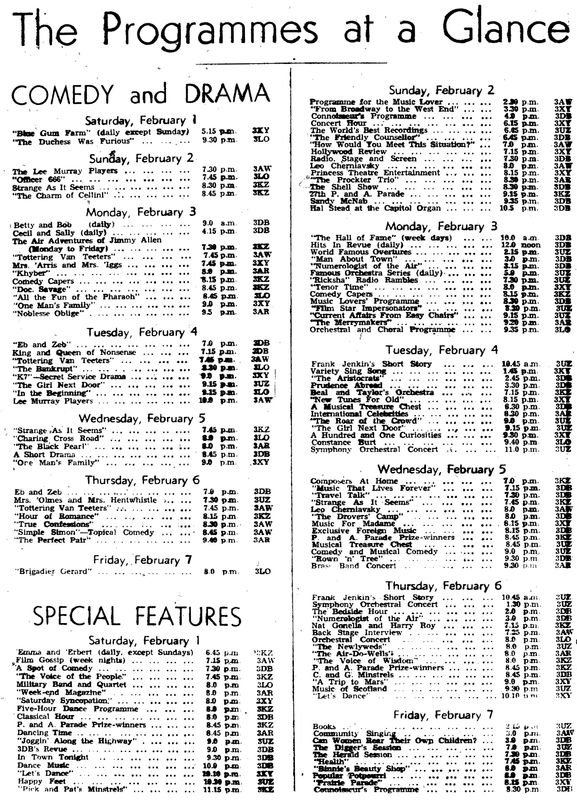 In 1936, Australia is moving away from live shows and recorded music.  You can see the U.S. influence with shows such as 'Strange as it seems', 'Eb & Zeb', 'Air Adventures of Jimmy Allen', 'Doc Savage', 'The Tottering Van Teeters', 'One Man's Family' and others.
One Australian series Yes, What? broke the mold.  This was an Adelaide, South Australian series which has remained popular for over 80 years.  Based on the English comedy skits and the classroom antics of Will Hay.